The Steinbeck businesses have been family owned and run since day one. Today the family manages 500 hundred acres of estate vinyeards, a farming and consulting business, a winery and tasting room, and a guest house. Each facet of the work done on the property and around Paso Robles adds to the legacy set by generations of hard work and foresight. 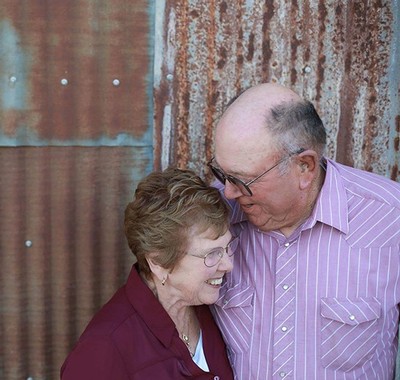 This dynamic team has built the growing legacy of Steinbeck Vinyeards. Bev and Howie met in highschool and remain highschool sweethearts to this day. While raising four children, they managed their 700 acre ranch of cattle and barley. Howie also worked selling chemicals to farmers and the local vineyard owners. In the 1970s Gary Eberle, one of Paso Robles' pioneer winemakers, asked to partner with Howie, and in 1982 he established Steinbeck Vineyards, and Eberle winery continues to purchase a large percentage of the fruit grown on what has grown into the 500 acre estate vineyard. Howie trained his daughter Cindy and his grandson Ryan in the trade of vinedressing. In his 80s, Howie is in the vineyard daily, overseeing the work throughout the growing season with Ryan, driving tractor, and running the handpick crews during harvest. Bev and Howie frequently BBQ and provide delicious small bites at our tasting room parties.

A visionary, an author, and a proud mother and grandmother, Cindy moved home in 1997 to work on the vineyard with her father, Howie. With a Master's degree in Christian Studies, she spent long hours driving tractors through vine rows and envisioning ways to share her passion and faith which connected visitors to her experiences in the vineyard. In the early 2000s she began leading educational tours of the vineyard with an agricultural focus, the first of their kind in California. In 2006 she began the Steinbeck wine label, using one percent of her father's 500 acre vineyard. She hired a genius winemaker, Steve Glossner, to showcase the fruit her family is known for. She revitalized the 1921 built blacksmith shop next to her home, and converted it to be the tasting room for the family wine brand. Cindy has written four books (CLICK HERE), and teaches on the concepts she has written about all over the country. She is a stalwart champion for landowners in the state, and has helped hundreds of families maintain the right to their groundwater in the county. She is regularly in the tasting room, telling the family's story and pouring samples of her wine. She works closely with her two children and their spouses, and enjoys playing with her five grandchildren. 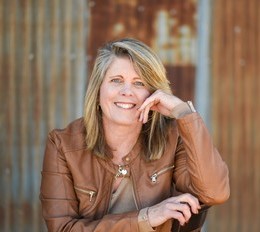 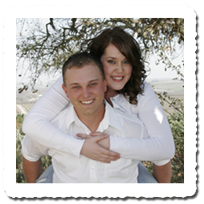 Ryan grew up on the vineyard, and since he was four years old knew he wanted to work with his Grandpa Howie. At a young age he became knowledgeble about growing grapes and tending to his Grandpa's vineyard. He attended Fresno State, where he studied viticulture and met Caitlin. Shortly after they were married, Ryan and Caitlin moved back to the family vineyard and worked with Howie. As the head of vineyard operations, Ryan now directs the work that needs to be done in the vineyards throughout the year. He also markets the premium fruit grown for sale to select contracts of exceptional local wineries. Ryan and Caitlin have two children, Bradley and Amelia.

Stacy, Cindy's Daughter, is a mother of two and has higher education degrees in both music and physical therapy. While Stacy was studying for her music degree in Chicago, she met fellow musician Bryan Widstrand. They fell in love, were married, and after they completed their Bachelor's Degrees, moved back to Paso Robles. Bryan began his career in winemaking at a winery in Templeton, training under winemaker and enology teacher of CalPoly University, Jim Shumate.

A few years later, Bryan and Stacy moved to Tasmania, Australia where Bryan held a winemaking position at Pipers Brook Vineyard, a 100,000 case facility making premium cool-climate table wine and traditional method sparkling wine, and Stacy became the wine club manager. In 2018, Cindy approached Stacy and Bryan with the opportunity to work with the family business in winemaking, sales, and marketing. The Widstrands moved back to Paso Robles with their two children, Joryn and Allora, and later had their third child, Cyrus. Bryan worked closely on all of the Steinbeck wines as the assistant winemaker, and developed his own traditional method sparkling wine. Bryan then succeeded to the position of winemaker for Steinbeck in 2023. 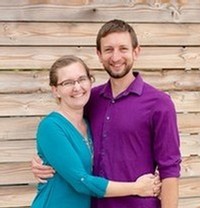 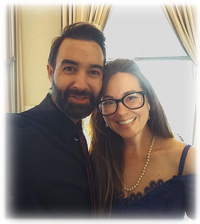 Leslie and her husband Mike, joined the Steinbeck team in 2012. Leslie manages the tasting room & wine clubs and Mike is the lead salesman in the tasting room. They work together several days a week and love telling the Steinbeck story and pouring the estate wines for visitors. Mike is a skilled capenter and creates furniture and home decor out of our old wine barrels. 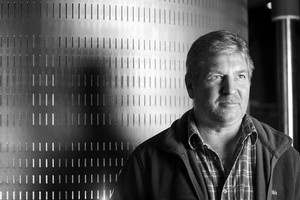 Steve Glossner has a long history of winemaking in Paso Robles. With a  business degree in agriculture from Cornell University, Steve gained a passion for fine wine while working at a wine shop in New York. He pursued a career in winemaking in the 1980s, working first in Sonoma County, and then in New Zealand. He returned from overseas and enrolled in a winemaking program with Fresno State University. In the 1990s Steve established the "Isosceles" wine blend with Justin winery, which went on to win several prestigious awards and was instrumental in Paso Robles becoming recognized as one of the great wine regions of the world. He helped to establish the reputations of Adelaida Cellars and Halter Ranch in Paso Robles, before creating his own brand of port-style wines under the label Paso Port. He has since established his table wines, Per Caso, and his distillery, Pendrays. In 2006, the Steinbecks approached Steve to be their winemaker, and he has been making the Steinbeck label since. In 2017 he moved his operation into the estate winery facility built at Steinbeck Vineyards.